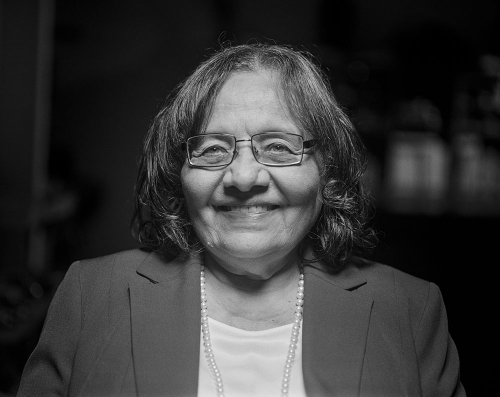 Diane Nash was born in Chicago and raised in a middle-class Catholic family. She attended Howard University before transferring to Nashville's Fisk University in the fall of 1959. By 1961, Diane Nash had emerged as one of the most respected student leaders of the sit-in movement in Nashville, Tennessee. She was a founding member of the Student Nonviolent Coordinating Committee (SNCC) and in 1960 became the designated student sit-in movements chairperson in Nashville. One year later she was elected coordinator of the Nashville Student Movement Ride, coordinating efforts from Birmingham, Alabama, to Jackson, Mississippi and playing a key role in bringing Dr. Martin Luther King Jr. to Montgomery, Alabama in support of the Riders. Nash married fellow civil right activist James Bevel in 1961, they divorced in 1968 and moved to Jackson where they led the Southern Christian Leadership Confernce's (SCLC) campaign to register voters. In 1962, she was sentenced to two years in prison for teaching nonviolent tactics to children in Jackson, Mississippi, although she was four months pregnant. She was later released on appeal. Nash played a major role in the Birmingham desegregation campaign of 1963 and the Selma Voting Rights Campaign of 1965, before returning to Chicago to work in education, real estate, and fair housing advocacy. She received an honorary degree from Fisk University and the University of Notre Dame.