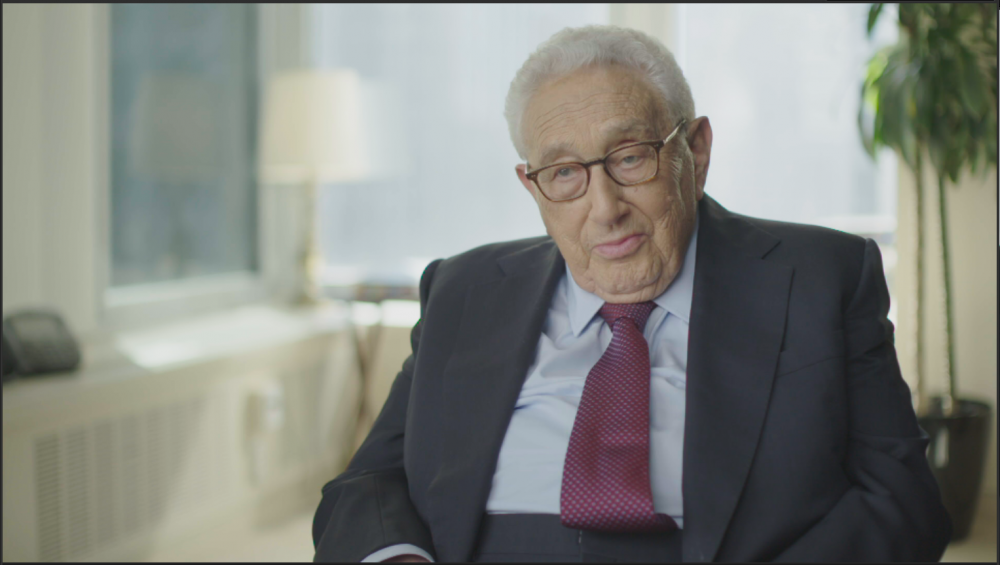 Heinz Alfred Kissinger was born in 1923, in Fürth, Germany. He grew up in an Orthodox Jewish household, and had painfully influential experiences with anti-semitism as a young boy. To escape the escalating anti-Jewish fervor in Germany, his family fled to New York City when he was 15 years old. He was a committed student who excelled in high school and studied accounting at the City College of New York. In 1943, Kissinger became a naturalized American citizen and soon after was drafted into the army to fight in World War II. He fought in Germany as a rifleman and intelligence officer. The experience led to his decision to leave accounting for higher education in political history. He returned to the U.S. in 1947, receiving his undergraduate degree and Ph.D. in the Department of Government at Harvard, and staying on as a faculty member until 1969. During these latter years, he kept a role in policymaking, serving as special advisor on foreign policy to Presidents John Kennedy and Lyndon Johnson. In 1969, Kissinger left Harvard when incoming President Richard Nixon appointed him as national security advisor. Serving in that role from 1969-75, and then as secretary of state from 1973-77, Kissinger would prove one of the most dominant, influential and controversial statesmen in American history. Kissinger’s most significant role was during the Vietnam War, as he worked closely with the administration to achieve “peace with honor.” He received the Nobel Peace Prize in 1973 in recognition of his efforts with North Vietnamese negotiating partner, Le Duc Tho. Kissinger was also instrumental in the 1970s detente between the U.S. and the Soviet Union and normalization of Chinese-American relations in 1979. He continued to play a major role in American foreign policy through the Reagan and Bush presidencies.