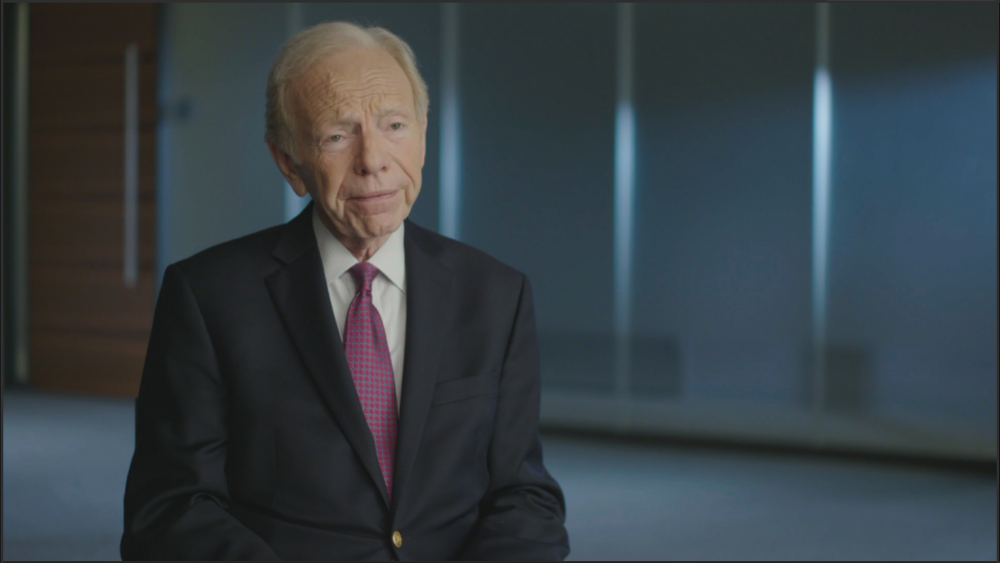 Joseph Isadore Lieberman was born in 1942 in Stamford, Connecticut. He received his B.A. and a law degree from Yale University. He was active in the civil rights movement during the 1960’s and briefly practiced law. In 1970, Lieberman was elected to the Connecticut Senate. He lost a run for the U.S. House of Representatives in 1980 but two years later, was elected Connecticut Attorney General. In 1988, he became the first Orthodox Jew to serve in the U.S. Senate, and was relected in 1994. Lieberman served as chairman of the Democratic Leadership Council, and was chosen by Al Gore to be his running mate in the 2000 presidential election. Once again, he broke ground, this time as the first Jewish candidate on a national ticket of a major U.S. political party. They lost the election to George W. Bush and Dick Cheney, though he had also appeared on the Connecticut ballot, won easily, and continued to serve in the Senate. In 2003, Lieberman announced his intention to run for the Democratic nomination for the 2004 presidential election. Without an endorsement from Gore, and with fairly widespread critique of his support for the Iraq War, he lost in the New Hampshire primary and withdrew from the race. His position on the war also proved problematic for his 2006 Senate reelection, and lost in the primary to relatively unknown antiwar candidate Ned Lamont. He continued in the race as an independent and defeated Lamont in the general election by a sizeable margin. Lieberman’s endorsement of John McCain in the 2008 presidential race against Barack Obama made him a controversial figure. He retired in 2013 after completing his fourth term in the Senate. He has written numerous books, including the memoir In Praise of Public Life (2000; with Michael D’Orso) and, with his wife, Hadassah, An Amazing Adventure: Joe and Hadassah’s Personal Notes on the 2000 campaign (2003; with Sarah Crichton).