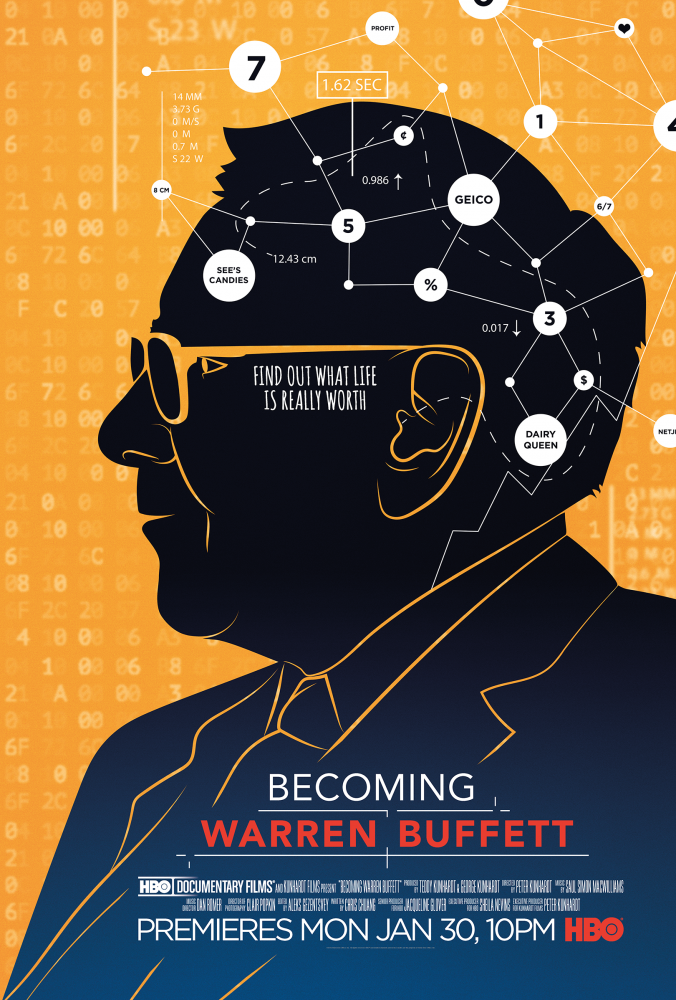 With a net worth of over $60,000,000,000, Warren Buffett is truly a one-of-a-kind billionaire. The legendary investor still lives in his modest home in Omaha. At 86 years old, he drives to the office every morning to manage Berkshire Hathaway, the fifth largest public company in the world. But more surprising than his humble lifestyle is his moral core. The same principles of decency and integrity that helped him pile up a fortune led him to give it all away in the largest philanthropic donation in history. Becoming Warren Buffett chronicles the evolution of a boy from Nebraska who became one of the most respected men in the world, and the heroes who helped guide him along the way. By allowing access to his life and never-before-released home videos, Buffett offers a glimpse into his unique mind to help us understand what is truly important when money no longer has meaning.