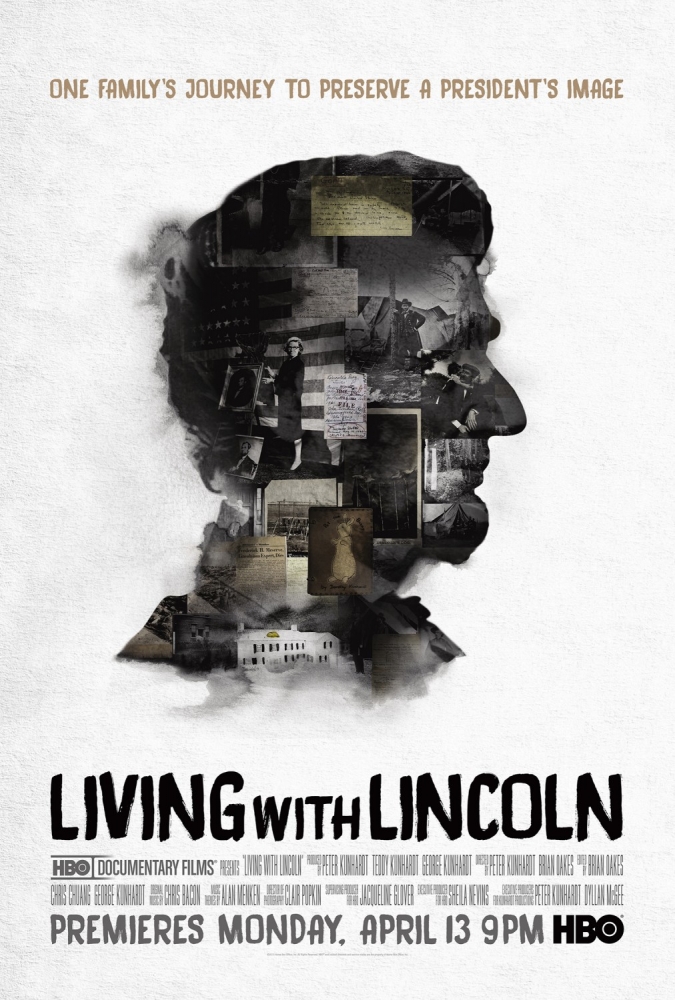 In the years following the Civil War, ancestors of documentary filmmaker Peter Kunhardt collected a treasure trove of photographs, rare books and other artifacts relating to Abraham Lincoln. Over the decades, their descendants carried on the work, helping to preserve an essential part of America’s past.

Living with Licnoln chronicles how five generations of one American family have shared the “glorious burden” of collecting, preserving and documenting a vital archive relating to Abraham Lincoln. Beginning with great-grandfather Frederick Hill Meserve, Kunhardt’s family collected photographs that might have been lost forever, including now-iconic portraits used on the penny, the five-dollar bill and even the image used to create Lincoln’s likeness on Mount Rushmore.

Through photos, home movies and the words of Kunhardt’s ancestors (voiced by living relatives), the documentary profiles family members for whom stewardship of the Lincoln collection became an obsession, including his grandmother, Dorothy Kunhardt, author of the classic children’s book “Pat the Bunny” (which was published 75 years ago), and his father, Philip Kunhardt, Jr., a former managing editor of Life magazine. Juxtaposing the challenges and the humanity of the Lincoln revealed in the Meserve-Kunhardt Collection with those of his ancestors, Kunhardt sheds light on the rewards and, in some cases, pitfalls involved in helping to preserve an important part of America’s past.

This treasure trove of Lincoln memorabilia, much of which has been stored in attics and basements, has brought both pride and responsibility to family members, sometimes at the expense of careers and health.