HBO has a strong vision of what it means to be a responsible media company in today’s society and engage with our communities, including educating and helping to develop the next generation of storytellers from diverse backgrounds.

Bank of America believes that supporting our communities and driving responsible growth includes bringing together different perspectives to enable conversations on complex issues. This enables individuals and communities to take moments that could divide us and create opportunities to unite us. It’s just one way we are enabling social and economic progress to help build strong, vibrant local communities.

The Arthur M. Blank Family Foundation promotes positive change in peoples’ lives and builds and enhances the communities in which they live. The Foundation invests in early childhood development, education, green space and the arts, and leads giving programs for each of the Blank Family of Businesses, including the Atlanta Falcons, Atlanta United, Mountain Sky Guest Ranch, PGA TOUR Superstore, and West Creek Ranch.

The Kohlberg Foundation reflects the individual and collective philanthropy of the donors, Jerome and Nancy Kohlberg. Democracy issues, progressive values, and a concern for the well-being of future generations and the environment are central to the mission. The themes of moral leadership, media integrity and professionalism and respecting lessons from history make the work of the Kunhardt team an especially good fit with Kohlberg values.

Blueshift Education is proud to be the lead content developer and creative partner for the Kunhardt Film Foundation's Educator Resources.

Launched in 2015, our team works with filmmakers, photographers and writers to help them develop what we define as Impact Education - innovative educational strategy, experiences, tools and resources to bring stories off the screen and into viewers' lives in order to deepen the audience experience and drive social change. 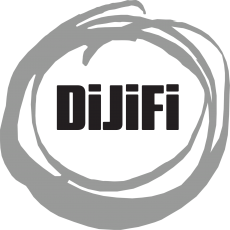 DiJiFi is one of the nation's leading digitization studios. Since its founding in 2007, DiJiFi has converted more than 8 million feet of film, 6 million photos and 1 million hours of video and audio into digital files for families, museums, television networks, universities, corporate entities and everything in between. The company transfers photos, negatives, videos, film, audio and paper documents and is known for its ability to handle the full range of current as well as old and rare media formats.  DiJiFi has proudly worked with Kunhardt Films digitizing its archive of valuable films.

Facing History and Ourselves

Facing History and Ourselves is a global educational organization that reaches millions of students worldwide each year.  For over 40 years, Facing History has integrated the study of prejudice, racism, and antisemitism in history with human behavior and ethical decision-making.  Through innovative teaching strategies and a rigorous case study approach of history, the program enables middle and high school teachers to create future generations of responsible decision-makers who, when faced with injustice, misinformation, and bigotry, will stand up for justice, truth, and equality.

Based in the heart of New York City's Chelsea art district, exhibit-E is a unique design and technology firm that, since 1998, has become the leading provider of websites for the art world. With over 20 years of experience working with galleries, artists and foundations around the globe, the company offers full website design development, search engine optimization services, and a variety of cloud based software services.